The original Palmetto Brewery in Charleston opened in 1888, by John Doscher.

This brewery was located on the corner of Market St. and Hayne St. in historic downtown Charleston. The original Palmetto Brewery went through a brief name change, to Germania Brewing Co. (1896) in hopes of attracting customers due to the demand for German beer in the US during this time, but was changed back to Palmetto shortly after.

The original Palmetto Brewery survived the hurricane of 1886 and the earthquake of 1887, it even survived the Civil War, but did not survive the prohibition in 1920. The brewery closed in 1916 due to bankruptcy and that was the end of beer being brewed in Charleston for almost 80 years.

In the late 1980s Ed Falkenstein and friend, Louis Bruce, took a windsurfing trip to Oregon. While they were there, they visited a local brewery called Full Sail and Ed peeked in the brewhouse and thought “I could do all of that.”

Both guys, being engineers and in their late 40’s, thought that with their engineering experience and their passion, they could build a brewery at home in Charleston and brew beer for the locals. After years of back and forth with the State, they were finally legally allowed to build and operate the first brewery in the state of SC.

Right away, Ed and Louis got to work constructing a brewery on Huger Street. As a tribute to the historical Palmetto Brewery of Charleston, they wanted to carry on their story and legacy by naming the brewery after our beloved state tree of SC, the Palmetto tree.

The first beer was poured in April of 1993; the Amber Ale, our oldest recipe brewed to this day. Ed Falkenstein has been coined the craft beer pioneer for South Carolina, and Charleston would not be where we are in the craft beer scene without that windsurfing trip.

January of 2018, Catawba Valley Brewing Company purchased Palmetto Brewery from the owner at the time, Larry Lipov. Larry Lipov worked with Palmetto Brewery for a number of years at Pearlstine Distributors selling our beer and promoting our brand. Palmetto being like family to him, it just made sense to keep it local and family owned.

As of 2018, we are still family owned and operated under the Pyatt family who founded Catawba Valley Brewing Company in 1999. With a very similar background, we were destined to become one big family and help each other thrive in the Carolinas. 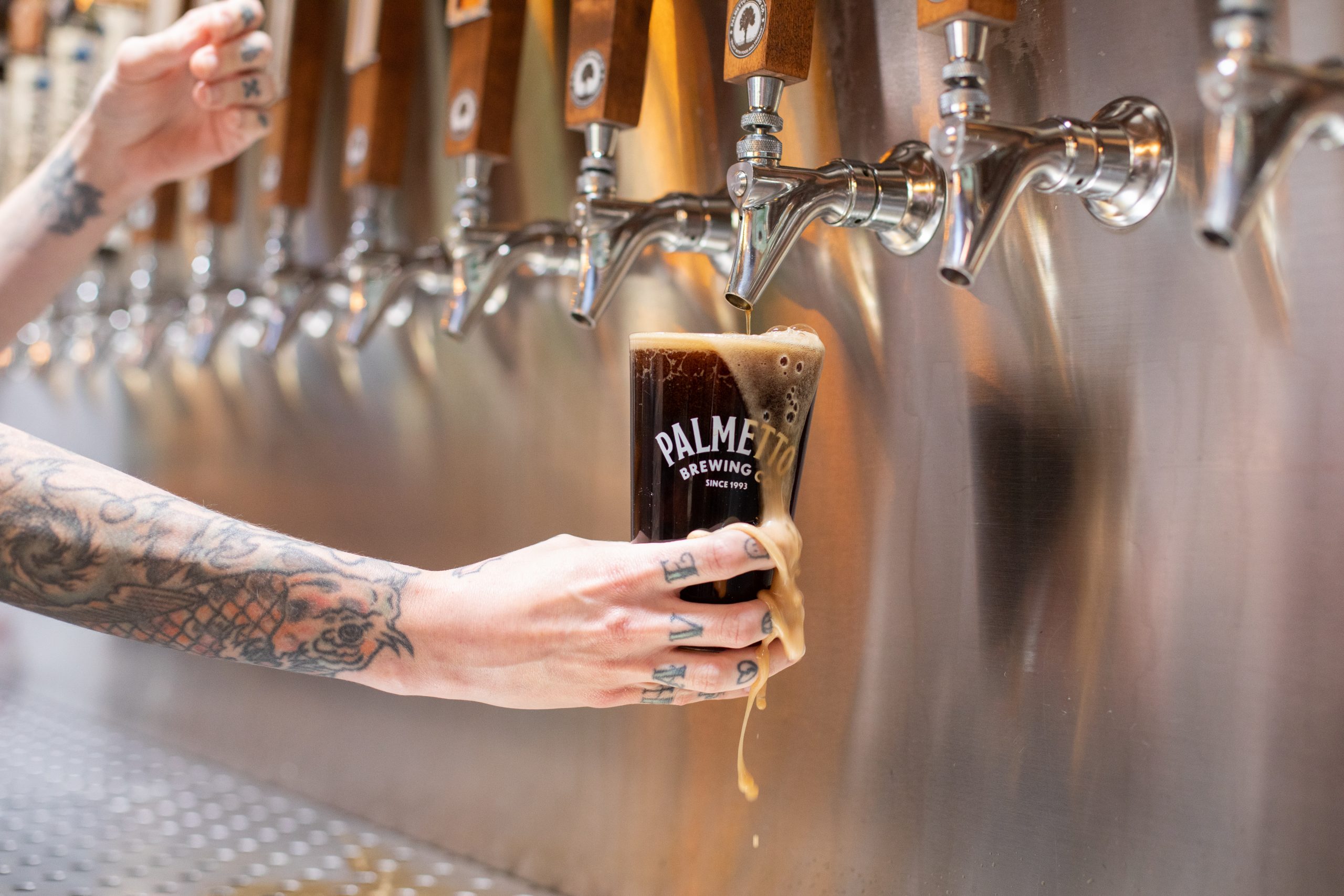