Beer Finder
Back to blog

South Carolina’s oldest brewery is opening its doors to a new look in their downtown Charleston tasting room on Friday, March 1. The launch celebration of Palmetto Brewing’s rebrand will include live music and food throughout the 2-day event, along with the debut of two new Palmetto beers to commemorate the occasion. 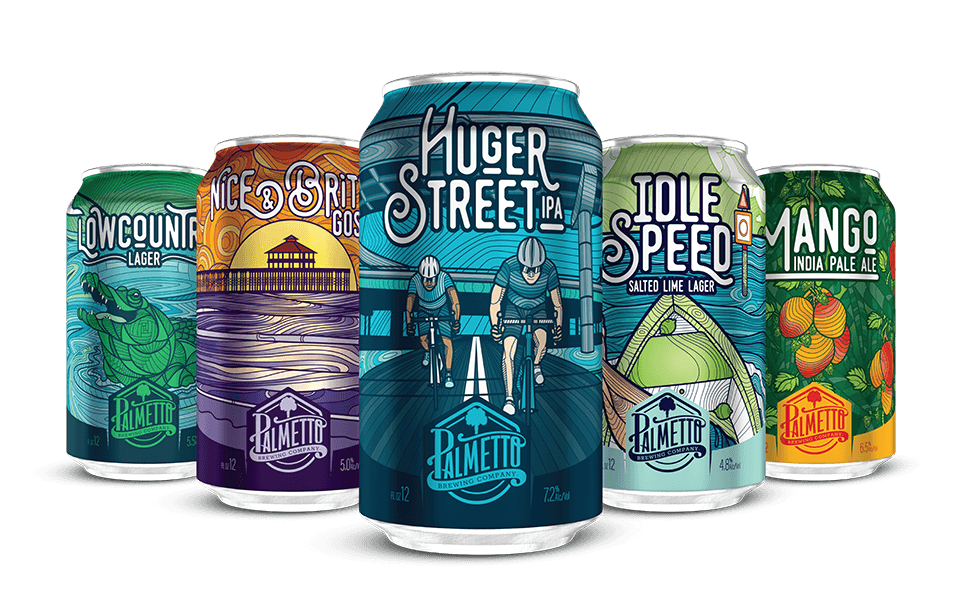 As the brewery is named for a pre-Prohibition beer company, the Palmetto aesthetic has naturally remained rooted in local history. When the modern day Palmetto opened its Huger Street business in 1993, the script logo was designed as an homage to the letterhead of its namesake from the late 19th century – evoking imagery of wrought iron gates and antique filigree.

After celebrating 25 continuous years in business last fall, the company set out to update their iconic branding and packaging. The new logo integrates the text-based script and the Palmetto tree icon into a unified badge. By retaining the familiar tree element, the brewery preserves a visual connection to its heritage. Meanwhile the script component represents a forward-thinking graphic evolution. With clean sweeping lines reminiscent of Charleston’s famous Ravenel Bridge, the new logo honors the Lowcountry industrial feel of the original, while looking ahead to a modern era of South Carolina craft beer.

In addition to the new Palmetto logo, the brewery has given their packaging design a significant makeover. Each beer label captures Charleston scenery in a unique, interpretive line art. Utilizing advancements in printing technology, the new designs showcase a free-flowing, multi-colored, shimmering aquatic motif. Fresh-look Palmetto cans will soon arrive in 3-state distribution, following their debut in the Charleston tasting room.

As part of the March 1st launch, the brewery is rolling out two new beers that are slated to become Palmetto mainstays.

Nice & Brite Gose (5.0 percent ABV) is a refreshingly tart German-style wheat ale brewed with lemon and elderflower. Palmetto’s first sour beer to be packaged, Nice & Brite will be available year-round on draft and in 6-pack cans.

Friday, March 1st is headlined by the official debut of the Palmetto rebrand. Spanglish Cuban Kitchen will serve up food from 5 to 9pm. And live music is provided by Letters to Abigail from 6 to 9pm. Admission is free for the entire weekend event.

The party continues on Saturday, March 2nd with live music by Whiskey Diablo (4-7pm), and a special Pint Night collaboration with Home Team BBQ (2-8pm). Palmetto will donate $1 from each pint sold to Hogs for the Cause, a non-profit organization that assists families dealing with pediatric brain cancer.

Palmetto Brewing, founded in 1993, is South Carolina’s first craft brewery. Independently owned by the Pyatt family, Palmetto remains deeply rooted in the Charleston community. Palmetto beers are currently distributed in South Carolina, North Carolina, and parts of Georgia. Visit the brewery and tasting room at its historic original location at 289 Huger Street in Charleston. And look for the new www.palmettobrewery.com website to debut on March 1st.